Beauty is something that comes from within the soul of men and women. The true beauty of a woman is revealed only after you get to know her. A beautiful woman: when you look at her face and think of her soul.

When you look at her eyes and feel her love for you. When you feel her attractiveness because of her genuineness and other virtues. The real beauty of a woman is not in a facial mole, but true beauty in a Woman is reflected in her soul.

Let us only get inspired by famous faces;

Pierinna Patiño from Peru wins the Top Model of the World 2020/2021 award.22 years old Pierinna Patino is the top model in the world and she is impressed the all over world with his outstanding performance.

Recently, in Hurghada, the coronation ceremony of 27 edition of the Top Model of The World is held and beautiful Pierinna Patiño from Peru was won this award.

Along with being a model, she also has a degree in Advertising and social networks. Pierinna Patiño said that “My main motivation is me; the desire to achieve goals that I have set for myself to continue growing as a person and professional are what drive me to continue advancing”. Chanel Iman Robinson Shepard is an American model and born on December 1, 1990, in Atlanta, Georgia. Chanel is known for her work as a Victoria’s Secret Angel, and Vogue Paris declared her as one of the top 30 models of the 2000s.

Iman started modeling from her childhood at the age of 12, Los Angeles, California. in 2007, she appears on the cover of teen vogue. she got married to Sterling Shepard and the lovely couple has two girl children. Jessica Jung is born on April 18, 1989, also known as mononym Jessica and she is a Korean-American singer, songwriter, actress, and businesswoman. in 2010, Jessica Jung portrayed Elle Woods in the Korean version of the musical Legally Blonde and played a role in the television drama Wild Romance (2012).

In 2014, she established her own fashion brand, Blanc & Eclare. It is a luxury fashion brand that is famous for eyewear, denim, clothing, skincare, and accessories, etc. Isabella Khair Hadid is an American model, born on October 9, 1996, in Washington, D.C. In 2016, Bella was voted “Model of the Year” by industry professionals for Models.com.

In 2014, Hadid signed to IMG Models and made her New York Fashion Week debut in September, walking for Desigual. In December, Hadid appeared on Jalouse Magazine first time and was featured on  LOVE Magazine‘s Love Advent Calendar.

When Hadid was only sixteen years old, she starts her modeling career with a commercial project for Flynn Skye. Kimberly Noel Kardashian was born on October 21, 1980, in Los Angeles, California and she is an American media personality, socialite, businesswoman, model, businesswoman, producer, and actress.

She grabs the attention of her fans during sex tape, Kim Kardashian, the Superstar, releases with her boyfriend Ray j.after that she appears on the famous tv show  Keeping Up with the Kardashians (2007–2021).

She was a guest host of the wrestling show ‘WrestleMania XXIV'(2009) and after that, she was seen on the show ‘America’s Next Top Model’ as a guest judge.

In this way, Kylie got the privilege of being in the limelight at a very young age. Born into a business tycoon family, this God gift made her strength in the future.

After that Kylie started the clothing brand “Paxson” along with her elder sister Candle Jenner. Only two years later she was able to make it to the list of Time magazine’s ‘Most Influential Teens‘.

21-year-old Kylie Jenner’s net worth of US$700 million(October 2020). According to Forbes, Kylie is the youngest female billionaire in history. Deepika Padukone is one of the highest-paid Indian actresses in the world. she received three Filmfare Awards for his best work in the Indian film industry.in 2018, her name is added to the list of 100 most influential people in the world.

Padukone was born on 5 January 1986 in Copenhagen (the famous city of Denmark). Deepika Padukone started a foundation of the Live Love Laugh Foundation, which creates awareness on mental health in India. Taylor Marie Hill is an American supermodel and born on March 5, 1996.in 2015, She has been a Victoria’s, Secret Angel. In 2013, she starts her modeling career and was featured on Intimissimi‘s catalog.

In 2014, She has modeled for  H&M and walked the Victoria’s Secret Fashion Show for the first time, as the youngest model at the age of 18. at a very young age, she has worked with high-end brands like Michael Kors and Versace

Taylor Marie Hill is one of the highest-paid models in the world and his net worth is $6 million. Aishwarya Rai Bachchan is awarded as the world’s most beautiful woman.in 1994 she was crowned as Miss World. Aishwarya rai is one of the most popular and influential celebrities.

She has received two Filmfare Awards, was honored with the Padma Shri (2009) by the Government of India. Rai was made her acting debut in Mani Ratnam (1997), Tamil film Iruvar and had her first Hindi film release in Aur Pyaar Ho Gaya that same year.

Tamil romantic drama Jeans (1998), was the most expensive film to be made in Indian cinema at the time and After this film, his career reaches a peak of success. Emma Watson was born to British parents Jacqueline Luesby and Chris Watson in Paris, France. The youngest person on the cover for Teen Vogue magazine was at the age of fifteen. 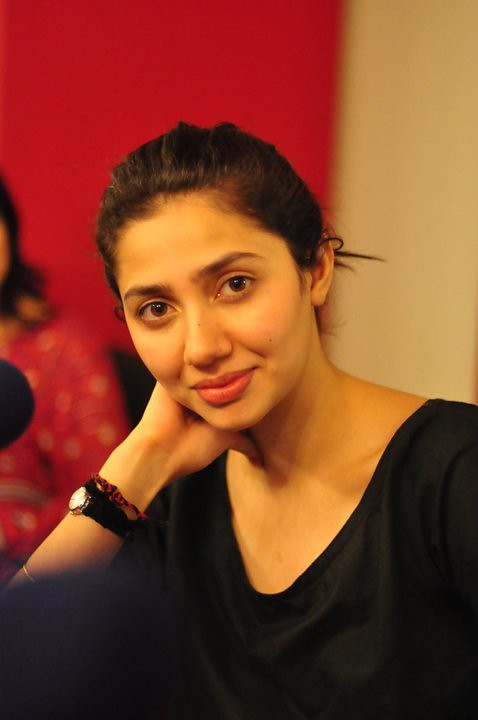 The Pakistani entertainer Mahira Khan brought into the world on 21 December 1984 is every now and again viewed as the greatest whiz of Pakistan. Since she began her acting vocation in 2011, she is loving and applauded for playing out a scope of jobs and characters.

In 2006, Khan started her VJ vocation. She made her film debut in the Romance Bol (2011) with Atif Aslam, winning her a designation for Best Actress (Film). In Humsafar, she was the primary figure who won her a Satellite Best TV Actress Lux Style Award and a Hum Award from the best pair of onscreen. Cara Jocelyn Delevingne, Pandora Anne, and Charles Hamar Delevingne were born in London, England. Delevingne is the fashion model and the beauty marketing face of Burberry.

Delevingne has also begun a journey as an actress, playing in movies including Paper Towns (2015) and Suicide Squad (2016). Delevigne is 17 in the top 50 models of models.com (2013). At the British Fashion Awards, she also won Model Of The Year 2012. Rachel McAdams was born in London, Ontario, Canada, on November 17, 1978. McAdams made her television debut as Beth Swanson in the MTV pilot Shotgun Love Dolls in 2001, which she recorded over her spring break at York University.

Throughout her career, McAdams has earned several accolades and nominations. She received a Screen Actors Guild Award, a Critics’ Choice Movie Award, a Satellite Award, and an Independent Spirit Award for her role in Spotlight, as well as an Academy Award nomination for Best Supporting Actress.

McAdams has also won several MTV Movie Awards and Teen Choice Awards, as well as being nominated for a BAFTA Rising Star Award. Gigi Hadid was born on April 23, 1995, in Los Angeles, California, to Yolanda and Mohamed Hadid. She made her acting debut in the short film Virgin Eyes, which she starred in in 2011.

In 2013, she signed with IMG Models. Hadid debuted in the Top 50 Models ranking at Models in November 2014. The British Fashion Council honored her International Model of the Year in 2016. Kendall Jenner was born in LA (California) in November 1995, to Bruce and Kris Jenner. She has one younger sister named Kylie. Kendall began her modeling career when she was 14 years old when she was signed by Wilhelmina’s modeling agency.

Kendall ended up making her runway debut at the Marc Jacobs presentation during New York Fashion Week. She’s been spotted since during Paris Fashion Week, also on the Chanel catwalk. Priyanka Chopra is a well-known celebrity in India and she is the winner of the Miss World 2000 pageant. Chopra is one of India’s highest-paid and most popular actresses.

She received five Filmfare Awards and the Indian Government honored her with the Padma Shri, (2016).Her name includes in the list of 100 most influential people in the world, and  Forbes listed her among the World’s 100 Most Powerful Women.

Dear friends, I hope you love my article “Top 17 Most Beautiful & Hot Models in the world (2021)“.Tell me in the comment section which celebrity inspire you most.

Pooja Ranavat - November 21, 2022 0
We all know, there are various places to buy Christmas light necklace weather you are looking for light-up Christmas lights necklace or cheap necklace...