Who is Tom Cruise?

Tom Cruise is an American actor and producer who was born on 3 July 1962 in New York.his full name is Thomas Cruise Mapother IV, has received various accolades for his work in the film industry.

He has won various accolades in the film industry, including three Golden Globe Awards and three nominations for Academy Awards.

Cruise spent his childhood in Canada. When Tom’s father took a job as a defense consultant in the Canadian Armed Forces department. He completes his fourth and fifth-grade education from Robert Hopkins Public School. That year, Cruise’mother left his father, taking Cruise and his sisters back to the United States. then, she married Jack South. after that in 1984, Cruise’s father died of cancer. 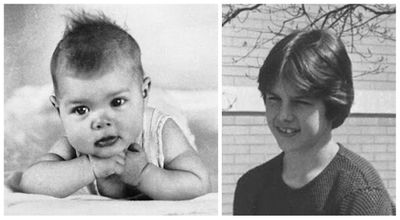 It was a bad time for Tom Cruise and his family. after that, the cruise took a church scholarship and attended a Franciscan seminary in Cincinnati. In 1980, he was graduated from Glen Ridge High School in Glen Ridge, New Jersey.

Tom Cruise’ Career as an Actor

The cruise began his acting career at the age of 18, with the help of his mother and stepfather. Tom Cruise moved to New York City to start his career as an actor.

After working in New York, he went to Los Angeles to try out for more television roles. in 1981, at the age of 18, He was first appeared in the film Endless Love, after that he plays a role as a crazed military academy student in Taps at the end of that year. In 1983, After playing many roles in films, he appeared in the romantic comedy film Risky Business, All the Right Moves, and these movies help to become a successful Actor.

In 1985, tom played a loving role in the Ridley Scott film Legend and 1986 Top Gun, People came to know him as a Superstar of Hollywood.

In 1990 Tom Cruise appeared on the screen with actress Nicole Kidman and he got married to her in the same year. Real-life partners Tom & Nicole appeared on screen as lovers in films like ‘Days of Thunder (1990) and ‘Far and Away (1992). According to reports from May 2020, Tom Cruise would appear to produce the first film ever made in space and Doug Liman will write and co-produce the film.

Tom Cruise and Doug Liman will go to the International Space Station on the SpaceX Dragon 2 spacecraft as part of a future Axiomatic space mission.

In, 2021 Tom Cruise filed a lawsuit on behalf of the Hollywood foreign press association and he returned all his three golden awards during the controversial phase. He did it purposely because there’re no black members in the group, lack of diversity, and some irrelevant quotes related to financial benefits to some persons.

Cruise returned to the character of Jack Reacher in the 2016 film Never Go Back. He next starred in a remake of The Mummy (2017), which did well at the box office but was panned by critics, before starring in the crime thriller American Made later that year, which received better reviews.

He starred in Mission Impossible—Fallout that summer, returned to a similar ground in 2018. Before its release, he posted a photo celebrating the first day of work on the long-awaited sequel Top Gun: Maverick, which is set to hit theatres in June 2020.

In 1987, Cruise married actress Mimi Rogers. she was attracted to Scientology, the religion founded by writer L. Ron Hubbard, Rogers. Cruise credited religion with curing his dyslexia, and he rose quickly to become one of its most ardent supporters.

His marriage to Rogers ended in 1990, although his spiritual life grew. Cruise and Kidman co-starred in the racing drama Days of Thunder the same year.

Although the film was panned by reviewers and fans alike, the two leading actors had genuine chemistry. After a brief romance, Cruise and Kidman married on Christmas Eve 1990 in Telluride, Colorado.

Tom Got Divorced from Kidman

Cruise and Kidman were ardent defenders of their marriage’s happiness and legality. They launched 2 distinct lawsuits against tabloid publications for defamatory stories they believed were published.

The pair got a public retraction and apology in each case, as well as a considerable financial settlement that they gave to charity. Isabella and Connor are the couple’s two children.

After 11 years of marriage, Cruise and Kidman announced their divorce on February 5, 2001. The pair cited the challenges of having two performing professions and the amount of time they spent apart while working as reasons for their split.

Cruise declared his love for Holmes in a now-famous appearance on The Oprah Winfrey Show, during which he leaped on Winfrey’s sofa and shouted “Yes!” a month after his links to Holmes became known.

After Kidman, He married Katie Holmes

Cruise proposed to Holmes in a restaurant at the top of the Eiffel Tower in June 2005, after a two-month romance. They revealed they were expecting their first child together in October.

The hurried proposal and unexpected pregnancy swiftly turned into tabloid fodder. Cruise, on the other hand, earned even more headlines that year as a vocal supporter of Scientology.

He openly chastised former co-star Brooke Shields for taking anti-depressants during her postpartum depression recovery. He also slammed psychiatry and contemporary medicine, stating that Scientology was the only path to real recovery.

After 2 years of romance Tom Cruise and Katie Holmes gave birth to daughter Suri in 2006. They married at an Italian castle the following year, with will smith, Jada Pinkett Smith, Jennifer Lopez, Victoria, and David Beckham among the guest. The fantasy relationship did not survive well and the pair announced their divorce in June 2012.

If you are interested in reading biographies, then please comment to me. I will write the next biography on the celebrity, model, or star that will be suggested by my audience.