Fatima Sana Shaikh is an Indian film actress who was born on January 11, 1992, in Hyderabad, Telangana, India, to a Hindu father Vipin Sharma, and a Muslim mother Raj Tabassum.

She attended St. Xavier high school in Mumbai for her basic education and Mithibai Undergraduate in Mumbai for her college studies. Fatima Sana Shaikh began her film career in 1997 with the film “Chachi 420,” which she co-wrote with Kamal Hasan. Bharti, Jaiprakash Paswan a.k.a. Jai, and Janki Paswan’s daughter were all played by her.

After portraying the part of Geeta Phogat (the first female wrestler to win a gold medal at the 2010 Commonwealth Games) in Amir Khan’s film and sharing the screen with the celebrity, she has reached new heights of popularity and glory.

Dancing, reading, sketching, and photography are some of Fatima Sana Shaikh’s hobbies. She says her favorite actor  Shahrukh Khan while her favorite actresses are Deepika Padukone, Preity Zinta, and Priyanka Chopra Jonas. Brian Weiss is also a favorite of hers. Only Love Is Real, Many Lives, Many Masters are among her favorite books.

She almost gave up her acting ambitions for cinematography in 2015, after being jobless for the previous three years. However, in April 2015, she auditioned for Dangal(2016) and was selected after six rounds.

She also featured as a child artist in the film One Two Ka Four, and after a year, she portrayed Zoya in the Indian drama Tahaan, for which she received the German star of the award at the “Bollywood and Beyond” festival in Stuttgart, Germany in 2009.
In the epic action-adventure film Thugs of Hindostan, she played Zafira Baig, a warrior-archer thug. Shaikh will include a Hindi adaptation of the Tamil film Aruvi.
Related:  How Kristen Stewart named the highest-paid actress The ‘Dangal’ girl, Fatima Sana Shaikh, has been the buzz of the town recently. Fatima is now filming her next alongside her ‘Dangal’ co-star after an outstanding performance in her debut big-budget commercial picture.
Katrina Kaif and Amitabh Bachchan play key parts in the film. Because she spends so much time on set and seldom sees her parents, it appears like the aspiring actor has found a way out.
Related: How Chiara Ferragni become famous Italian fashion blogger
According to recent sources, Fatima, who formerly lived on Juhu Link Road in Mumbai’s outskirts, is going to leave. Fatima is reportedly planning to move into an apartment on the same street as Govinda and Vivek Oberoi’s home.
Her powerful performance in ‘Dangal,’ in which she embodied the character of Geeta Phogat on film, catapulted her into the spotlight. Fatima Sana Shaikh is a lot more than you think you know about the aspiring actress. We’ve compiled a list of some lesser-known facts about the rising star.
Related: How Chelsea Clark become popular Canadian actress in early 20’s

Fatima Sana Shaikh began her entertainment career at an early age. The actress has been in a number of star-studded films as a kid actor.

Remember the Kamal Haasan and Tabu starrer “Chachi 420” from 1997? Fatima is the small girl who portrays Kamal Haasan’s daughter “Bharti” in the film. Will you agree that her charisma and charm were unmistakable even back then?
She also appeared in Rishi Kapoor’s film “Bade Dilwala” and Shah Rukh Khan, Juhi Chawla, and Jackie Shroff’s film “One 2 ka 4.”

Played Role as Side actress

Fatima Sana Shaikh took a hiatus from acting after her stint as a child star to focus on her education. She returned to show business after finishing her education.
Despite the fact that she did not acquire any leading roles, she was featured in a number of films in supporting roles.Fatima has appeared in movies such as “Tahaan” (2008), “Akaash Vani” (2013), and “Bittoo Boss” (2012).

Fatima tried her hand at anything and everywhere in order to get to where she is now. She did various television series in addition to side roles in films.
She was seen in the series “Agle Janam Mohe Bitiya Hi Kijo,” in which she portrayed the role Suman. She also appeared in the programme “Ladies Special,” in which she played the protagonist’s daughter.

Fatima had a difficult time continuing her acting career. Despite several auditions, the actress was unable to find work for a long period.
So, rather than spending her time, the actress began working as a photographer. Some of the photos on her social media account give us a sense of her photographic ability. For two commercials, the actress also served as a cinematographer.
Fatima is a fantastic dancer in addition to being a terrific actress. On her Instagram account, she has videos of herself dancing with her ‘Dangal’ co-star Sanya Malhotra.
Fatima is skilled in a variety of disciplines in addition to photography and dance. Her sketches and drawings are fascinating to see.

After Fatima’s special appearance in Dangal( Amir Khan Starer),  she nominated for many award occasions, som of these are mentioned:
From Dangal  movie
1. She nominated for Screen Awards as best actress. 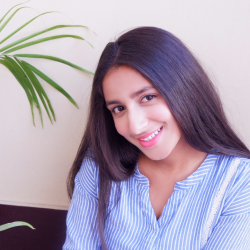 Hello Friends, My Name is Pooja Ranavat and I belong to Punjab, India. by profession m a fashion and lifestyle blogger & founder of the fashion website fashionaminoo.com.